The brochure explains the benefits of raising heritage sheep and lists the sheep that are currently on the Livestock Conservancy’s endangered list.

Their website also provides a number of other useful tools for selecting the right breed for you.

The American Wool Council has provided fans of the all-natural fiber with a new way to Experience Wool through the creation of a YouTube page. The page currently hosts three videos produced by Brand Juice in the past year to market American wool to a wide variety of consumers.

The videos were shown on multiple occasions during the American Sheep Industry Association Annual Convention last month in New Orleans, and can now be shared from the YouTube page by producers looking to promote American wool and its many benefits.

In The Luxurious Fiber, a narrator explains that the “Fabric designers choose first to achieve pure elegance, absolute luxury and unmatched style” is American wool.

The High Performance Fiber is aimed at more demanding users and offers, “There’s one time-tested, expedition-proven material you can count on. One fabric for four seasons. Experience the confidence of American wool.”

Natural and Sustainable promotes what might be the fiber’s greatest trait. “What this miracle becomes is infinitely remarkable, versatile, beautiful and in the end, sustainable.”

If you haven’t seen them yet, check out the videos. Share them with your friends, family and clients, and help the American Wool Council in promoting this natural, renewable, sustainable fiber that is perfect for any occasion in any season. 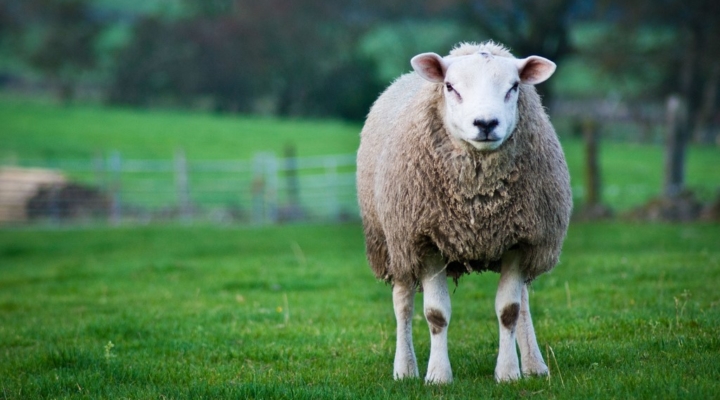 A new study has confirmed that wearing superfine Merino wool helps ease the symptoms of eczema and improves the wearer’s quality of life.

Professor Joe Fowler at Dermatology Specialists Research in Louisville, Ky., undertook this two-year study assessing the effect of Merino base-layer fabrics on 50 of his patients with mild-to-moderate eczema.

Using a cross-over design, participants were placed in two groups. The first group was dressed in their regular clothing for six weeks and then changed to superfine Merino wool garments. The second group began with the superfine Merino wool for six weeks and then crossed over to their regular clothing for the final six weeks. Each patient undertook an initial visit to establish their baseline condition, followed by regular visits until completion of the study. They were assessed for clinical, physiological and quality of life outcome measures.

Significant decreases in eczema symptoms from Baseline to Week Three were seen in both groups. However, those who switched to Merino wool at Week Six experienced a further significant decrease in symptoms, in contrast to those who switched to regular clothing. Further, “it was only when Merino wool was worn that improved quality of life scores occurred,” Fowler said.

“I still wear the [wool] clothing, even though I’ve finished the study,” one participant said. “I’m super sensitive about clothing and never keep any that are not comfortable.”

Another participant commented, “I could feel it working, my skin got softer and I wear [wool] now when my skin needs help.”

What if, before you purchased a hat or sweater, you knew the wool used to make it came from sheep raised on a ranch managed to improve soil health and increase soil carbon? For nearly a decade, ranch owner Lani Estill has worked with the USDA Natural Resources Conservation Service to improve soil health.

By adding carbon-conscious conservation practices to her ranch, the operation now stores more carbon in the soil than it emits through its operations. As a result, her operation, Bare Ranch, is marketing “climate beneficial” wool to a national clothing manufacturer. Estill and her family raise sheep and cattle on her 40,000-acre ranch, which sits on the border of northern California and northwest Nevada.

With help from her local NRCS offices and supported by Environmental Quality Incentives Program contracts, Estill has also improved wildlife habitat on her ranch. She improved sage grouse habitat by removing thousands of acres of invasive juniper and installed hedgerows for pollinators. She and her co-owners also installed fencing and livestock watering facilities and are following a prescribed grazing management plan.

Read the full story at www.usda.gov/blog.

Wool is one of the world’s most diverse natural fibers. It’s this diversity that has made the United States military the American wool industry’s No. 1 customer.

“Wool is naturally fire resistant, which protects our soldiers when they are exposed to fire hazards. Wool is comfortable in that it breathes. I could go on and on, but there really are so many properties that make it comfortable for a soldier to wear,” says Samuelson.

“We had the wonderful opportunity to explain that we have a good supply of wool that is adequate to meet the military’s specifications,” said ASI Wool Council Chairman Ken Wixom of Idaho. “We have a lot of good, fine wool and we do a good job of producing it for them. This was the perfect way to show that to them first hand.”

Not only is the relationship between the U.S. military and American wool industry an exciting one, it’s also a very important one. And one that all stakeholders involved hope to keep going for years to come.

The United States military is the single largest consumer of American wool in the U.S. and consumes 15 to 20 percent of the annual American wool clip.

The wool will be graded, sorted, bagged and loaded on a truck headed to a woolen mill in South Carolina. More than 23,000 pounds of wool was handled in 2015.

The wool will be graded by fiber diameter, length and color. Any wool producer from any county is welcome to sell their wool through this pool. No quantities are too big or too small.

Hand spinners and crafters also are welcome to buy fleeces by the pound from noon to 1 p.m..

Hi GSSB! Here is the 2018 Bucks Montgomery Cooperative Wool Pool information. It will be held on June 9th!