Taking on one of the hottest topics in the sheep industry paid off for Chris Posbergh when he was named the winner of the 2016 Sheep Heritage Foundation scholarship in mid-July. The scholarship award is $3,000 this year.

A Ph.D. student at New York’s Cornell University – where he earned a bachelor’s degree in animal science in May 2015 – Posbergh’s research project is Increasing Efficiency in Sheep Production Using Genetics. Specifically, he has two objectives: to identify genetic variants responsible for mature body size and to identify genetic variants responsible for out of season lambing.

In the first part of his study, Posbergh hopes, “DNA markers can be developed to allow breeders to control selection for mature size earlier in a sheep’s life.” But it’s the second part of his project that could play an important role in the future of the sheep industry.

“By analyzing lambing records from flocks selecting for aseasonality, we identified individuals that consistently lambed or failed to lamb out of season,” he wrote in his scholarship application. “The long-term goal is to develop genetic markers that breeders can use to select for ewes that are more likely to lamb out of season. Both of these objectives work toward increasing the efficiency of the industry by reducing maintenance costs associated with large size and increasing the productivity of ewes through year-round lambing.”

A New Jersey native, his first exposure to the sheep industry came when his dad brought home a bottle lamb from work. Posbergh went on to show sheep through 4-H and has counted Dorset and Romneys in his personal flock. He took the reigns as president of the American Romney Breeders Association in August of 2015. Most of his research work with sheep has focused on animal genetics. He’s also interested in natural wool colors and hopes to incorporate a study of color into future work.

Masha the Lioness grew up in a paddock with the flock, playing with lambs and keeping them active. Now, she plays the role of a watchdog. She has lived with sheep since she was 6 months old. Watch the video at http://sputniknews.com/videoclub/20160630/1042218622/lioness-herds-sheep-russia.html.

On a chilly April morning Chris Basford, the flock manager at North Star Sheep Farm in Windham, sits on a pile of hay, bottle-feeding a 10-day-old lamb.

“All done, little girl,” he says, as he gently rubs her charcoal-colored ears.

Basford, 28, started his day at dawn. There’s no telling when he’ll be able to head home for a few hours sleep.

“I sleep when I can get a chance,” he says. “You can never really plan, because there’s always something. You’re ready to leave at the end of the night, and another one’s having a baby.”

For Basford, the sight of a healthy newborn still has the power to thrill.

“I’m always happy to see the moms accept their babies and know that I’ve helped them.” North Star Sheep Farm is owned by Phillip Webster, a fifth-generation sheep farmer, and his wife, Lisa. The round-the-clock demands that come with this rite of spring are just part of the job.

“We’re there if there’s an issue, if there’s a problem, if there’s a mama in danger,” says Lisa, 53. “You never know when a situation is going to arise that you have to take care of.”

They average about 40 newborns a day – that’s more than 3,000 lambs born from late February through May.

“There are days when it feels like you’re working in an emergency room,” says Phillip, 54. “Everything happens so fast.”

“Farming isn’t a part-time job,” Lisa says, “unless you have just a very few animals, and that’s perfectly fine. But if you really are all in on this, it’s a lot of hours.”

And a lot of territory to cover.

Along with their 125-acre property in Windham, they lease two farms in New Gloucester.

Most of the spring and fall lambing is done in Windham. The pregnant ewes spend the few days before they give birth – and about three days afterward – in what can best be described as the farm’s maternity ward: a series of individual pens lined with fresh hay in two attached barns. Separating each mother and her babies from other ewes encourages them to bond. Most will give birth to twins or triplets.

When the lambs are about 1 week old, they roam free within the confines of the fenced-in pastures.

“The way we farm and the way we care for our animals is exactly as it was when we were a flock of 125 sheep,” Lisa says.

“One of the things that’s important to me and to my staff is we’re going to give (the animals) the best life they can possibly have,” Phillip says. “They’re not going to be (kept) in little small areas or boxed in.” Lisa Webster, who owns North Star Sheep Farm with her husband, Phillip, holds a lamb in one of the barns where pregnant ewes wait to give birth. Lambing season is a round-the-clock job for the Websters and their eight-person crew.

The Websters also raise pigs, rabbits and chickens. But sheep are the mainstay.

“Sustainability is everything,” Phillip says. “We try to figure out ways we can use all of our products. That goes right from wool to meat to manure.”

North Star sells its wool to the Bartlett Mill in central Maine, where it’s made into yarn. It sells its meat to a number of retailers in Maine, including Whole Foods, Hannaford and Rosemont Market, and also provides lamb to some of Maine’s higher-end restaurants and to out-of-state retail and food service customers.

Phillip makes all the deliveries himself, driving hundreds of miles every day throughout Maine, Vermont, Massachusetts and upstate New York. He can’t remember the last time he had a day off. But you won’t hear any complaints from him.

“It’s a great life,” he says. “You’re not gonna get rich at it, but if you work really hard you can make a living at it.”

Just don’t expect to get much of a break when spring turns to summer.

“Just as we get all the babies on the ground, the grass is going to start growing. So then we can start haying morning, noon and night,” Lisa says with a laugh.

Strong demand has prompted Doug Rathke to put together an instructional sheep shearing called “Sheep Shearing Made Easy”.  This video is designed both for the beginner and for those who have already been shearing and are interested in improving their shearing technique to increase speed and efficiency of the job and to minimize stress to the animal.

This 90 minute “how-to” video takes the viewer step by step through the basics of shearing including preparing for shearing, shearing clothing, fitness, understanding and appreciation of shearing gear, selecting combs and cutters, setting up a hand piece, and setting the shearing work area.

The core of the video is dedicated to shearing patterns and techniques.  Not only does the video patiently show the basic shearing pattern and footwork, it also explains the modifications of the shearing pattern for different types of sheep. Each shearing blow is explained as Rathke demonstrates the procedure. Tips are also given on how to hold the hand piece for maximum blow width, thereby avoiding extra work and costly second cuts.

It’s been almost two years on from the birth of the sheep-goat hybrid.

A farm in Kildare is home to the geep, who was born in March 2014. Owner of the farm Paddy Murphy said at the time that “it had all the hallmarks of a goat. He looks like a goat trapped in a lamb’s body.” 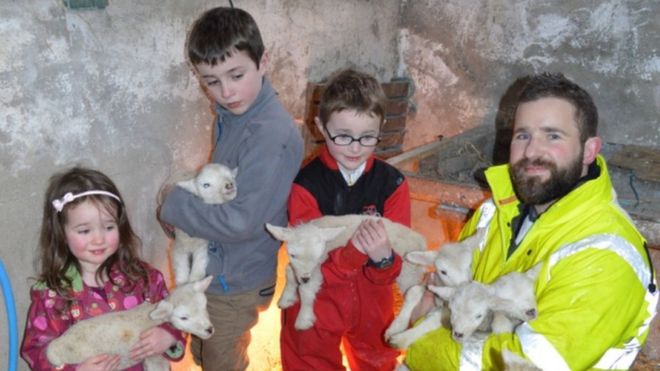 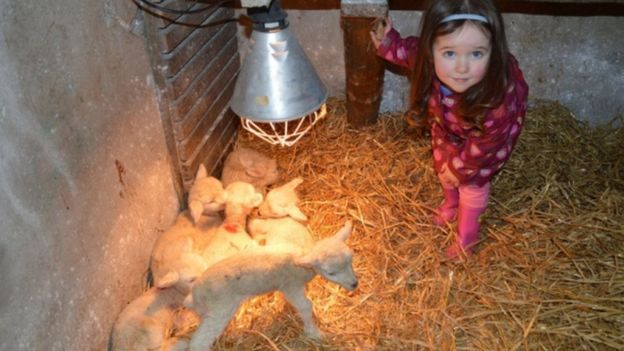 For the last few years, researchers have been interested in developing a method for chemical sterilization which may be a better alternative to surgical castration. An ideal chemical sterilant would be one that effectively arrests spermatogenesis and androgenesis as well as libido with absence of toxic or other side effects. Calcium chloride in various solutions and concentrations has been tested in many animal species, but few studies have been evaluated it in equines as a chemical sterilant. So, the objective of this study was to evaluate the clinical efficacy of chemical castration with 20 % calcium chloride dissolved in absolute ethanol in comparison with surgical castration in donkeys based on the changes in the serum testosterone level and the histopathological changes in treated testes.

Twelve clinically healthy adult male donkeys were used in this study. Donkeys were divided randomly and equally into two groups: a surgical (S) group (n = 6) and a chemical (C) group (n  = 6). Animals in the (S) group were subjected to surgical castration while those in the (C) group received a single bilateral intratesticular injection of 20 % calcium chloride dissolved in absolute ethanol (20 ml/testis). Animals were kept under clinical observation for 60 days. Changes in animals’ behavior and gross changes in external genitalia were monitored daily. Serum concentrations of testosterone were measured prior to treatment and at 15, 30, 45 and 60 days post-treatment. Testicles in the (C) group were examined histopathologically at the end of the experiment.

Chemical castration with intratesticular calcium chloride vs. surgical castration failed to reduce serum concentrations of testosterone throughout the whole duration of the study; however it induced orchitis that was evident by focal necrotic areas in seminiferous tubules, cellular infiltration of neutrophils, proliferative intertubular fibrosis with a compensatory proliferation of Leydig cells. Donkeys tolerated the intratesticular injection of calcium chloride. There were no detectable changes in the general health status of the animals with the exception of swelling in external genitalia, scrotal ulcerations and fistulas. Food and water consumption and the gait of animals remained unaffected.

Abstract only provided above as allowed by Creative Commons Attribution 4.0 International License (http://​creativecommons.​org/​licenses/​by/​4.​0/​).